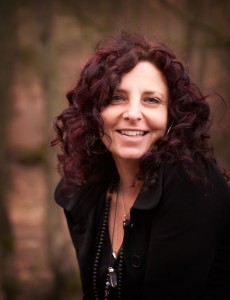 As a teenager, Rosalyn Chissick wrote freelance concert and album reviews for music papers including Record Mirror and Smash Hits. When the Smash Hits team launched Just Seventeen, Rosalyn became one of its founder writers and was interviewed on national television and radio about her taboo-busting stories.

She studied journalism at The London College of Printing and, as a student, had her own weekly page in Ms London magazine. When she left college, she worked full time as a sub editor and writer on Weightwatchers magazine and then as a feature writer on the bestselling health magazine at the time, Slimming Magazine.

After two years at Slimming Magazine, Rosalyn gave up her job to live on a Greek island and start work on her first novel. Over the next decade, Rosalyn alternated between travelling and writing fiction and working as a freelance feature writer on national newspapers and magazines including the Independent on Sunday, the Guardian, the Sunday Times, Elle, Company and New Woman, for which she was contributing editor.

She has also ghosted four books. The Gift (HarperElement), about the life of psychic Mia Dolan, was published in 2003 and went to number 4 on the Sunday Times bestseller list. This was followed by Mia’s World, written in the voices of both Mia Dolan and Rosalyn Chissick – in which Mia took Rosalyn on as a student of clairvoyance. This lead Rosalyn to further train and practice as a healer.

If you would like to buy a book (autographed copies available on request) or would like Rosalyn to edit or proofread for you, please get in contact.